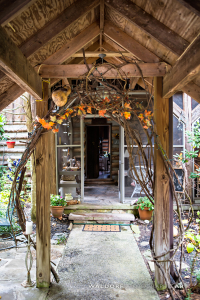 Consider Scatterridge for Any Event

The spacious great room can be utilized for a variety of purposes, no matter the theme. This large room can accommodate from 2-50 guests offering flexible party planning for your wedding, business conferences, wedding receptions, corporate meetings, family reunions, military or class reunions.

We have on-site catering, which creates seamless integration of your planned event with wonderful fare and all the necessary arrangements handled personally by us! 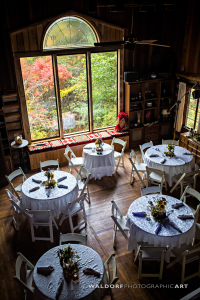 Want to know the Story behind Scatterridge Lodge?

Mr. and Mrs. John Craig, residents of Knoxville, Tennessee and owners of the Candora Marble Co. built Scatterridge in 1941. It rested high above the historic community of Pittman and featured a panoramic view of the Great Smoky Mountains.

Mr. Craig, often accompanied by his wife, frequently visited his favorite hunting Lodge in Cuba. Mrs. Louise Craig loved this lodge so much that John Craig commissioned an architect to duplicate it on a smaller scale and presented the complete plans to Louise as a birthday gift.

In 1941, their “chalet” was built with logs cut from the property and wormy Chestnuts brought by wagon from Norton Creek. The Candora Marble Co. is famous for it’s beautiful pink marble and much of it is used throughout the house.

In 1962, Pat Maher purchased the lodge from the Craig family and she spent the following year dismantling and moving it piece by piece to its present site atop Scatteridge.

The name Scatteridge comes from the name of the hilltop where it now stands. In the early history of Pittman Center, a group of long-time residents called “white caps” because they covered their faces with sheets, took the law into their own hands, and often bestowed punishment to the settlers as they saw fit.

These “white caps” were known to ride at night under the moonlight. One day, news of one of their upcoming raids became known to the settlers. And on this very ridgetop the “white caps” were met by an angry group of men from the community who ambushed the white capped renegades. Several of them were shot but most scattered on foot and horseback, never to be seen here again… thus the name Scatterridge.

Enjoy a Smoky Mountain adventure and experience the true nature of Scatterridge.

CLICK the PLUS SIGNS below to view commonly asked questions and answers.

Q. How many guests can you accommodate?

Yes, and we can provide various types of music according to your needs. Weddings, Wedding Receptions and Anniversary Celebrations are a perfect match for Scatteridge.

Q. Is there room for dancing and Scatteridge Lodge?

Depending on the time of year, we can host up to 60 in warmer months and in the winter, up to 40.

Q. How many guests can you accommodate?

Depending on the time of year, we can host up to 60 in warmer months and in the winter, up to 40.